HomeTechWhat Are The Prospects Of The Global Distributed Antenna Systems Market?
Tech

What Are The Prospects Of The Global Distributed Antenna Systems Market?

The Distributed Antenna System or DAS technology has sprawling advantages to offer. It is essentially a bundle of antennas, bound to one common source but branched in different directions to provide wireless network coverage within a specific area. This modern concept of internet connectivity is being adopted increasingly because it enables greater bandwidth in a wide area and provides satisfactory coverage required to use various mobile or computer applications.

The DAS system is not a very recent innovation, it has existed for quite some time now. The system has a complicated design structure that makes implementation a little difficult, and it also utilizes high-cost equipment. However, staying connected on digital platforms is of capital importance as the world becomes more progressive and dependent upon wireless data services.

Wireless towers are part of the important infrastructures that are necessary for the growth of an economy. They are the chief network distributors but they are rendered ineffective under the strain of heavy usage.

This is where the DAS system proves beneficial as it ensures proper connectivity far and wide, and is, therefore, gaining prominence in all major sectors. The global distributed antenna systems market is currently getting explored by potential investors as it presents many contemporary advantages and opportunities.

If the objective is wider network coverage, then the use of one large individual antenna becomes impractical. Unlike a cell tower, the DAS system makes use of several antennas placed strategically around the particular area where the network service is required. This enables the network connectivity to be effectively and impartially available in all parts of the area.

This approach reduces overall power absorption. According to distributed antenna market trends, North America is predicted to encapsulate a huge share of the market. A massive chunk of the nation’s population has embraced digitalization and accepted internet services as an integral part of their lives.

Use of smartphones and other digital devices are prevalent in all aspects which drives the need for higher networking. Therefore, it is not astonishing to witness the DAS systems market develop at such a fast rate in this region.

The DAS technology encourages signal reception of cellular operators through the eradication of dead spots. The market for DAS technology can be segmented on the basis of coverage type, which is primarily the categories of Indoor DAS (iDAS) and Outdoor DAS (oDAS). The indoor coverage type is getting quickly adopted in high-rise buildings such as shopping complexes, movie theatres and medical centres, for improving the network coverage.

The market is performing well on the global front, owing to several factors such as the growing popularity of mobile communication devices, and an increase in demand for wireless connectivity networks among end-users. Smartphones, laptops and other cellular devices were earlier reliant on cell towers that provided low and weak signals in isolated areas.

Such problems can easily be combated by the DAS system which supports stronger reception of signals even in isolated areas or large buildings. It provides higher bandwidth for faster cellular data speed.

The DAS system is not restricted to present-generation technology and can be upgraded and expanded to accommodate any better version that might be developed in the future. Nevertheless, the most vital use of the DAS system is the availability of uninterrupted network flow in populated areas. However, the DAS market has certain serious challenges to overcome before it can be globally acclaimed.

Since DAS systems function on RF spectrum licensed to wireless carriers, organizations interested in employing this system cannot undertake a DAS deployment independently without involving at least one carrier which can be obtained for a very high price.

The deployment of a DAS project also requires heavy expenditure as it involves labour-intensive operations like installing antennas and roping fibre optical or coaxial cables between antenna modules and the controller.

Costs of installing the systems as well as maintenance expenses are usually sustained by the carrier providers. However, the carrier may agree to pay for these expenses only if the deployment fits within their network plans, covers many subscribers or fills a significant gap in service.

Hence, governments encourage multiple carriers to share a DAS system to lessen the burden of expenses. DAS technology has emerged as a dominant wireless solution across all enterprises and businesses.

The user experience of mobile essentials like video-streaming, gaming, and navigation apps are expected to be more congenial with the adaptation of the DAS system.

With the expansion of the global distributed antenna systems market, business organizations will experience a seamless flow of work due to the incorporation of artificial intelligence and automation that perform error-free tasks facilitated by the internet. 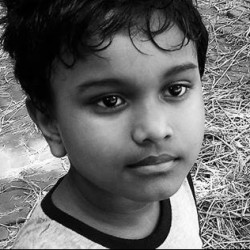 Latest posts by JustinCarlos (see all)

How PMP is Beneficial for Professionals as well as Companies?

How To Choose The Right Cloud Service For Your Business

How Will Project Management Trending Tools Impact Your Small Business?

Best Upcoming Smartphones 2019 – Every Phone is Packed is Ultimate Functions

Microsoft Or Cisco Certification: Which Is Better?

3 Benefits of Working with A Professional Translation Company

What Goes into Making a Good Thumbnail?

Importance and Need Of Led Displays