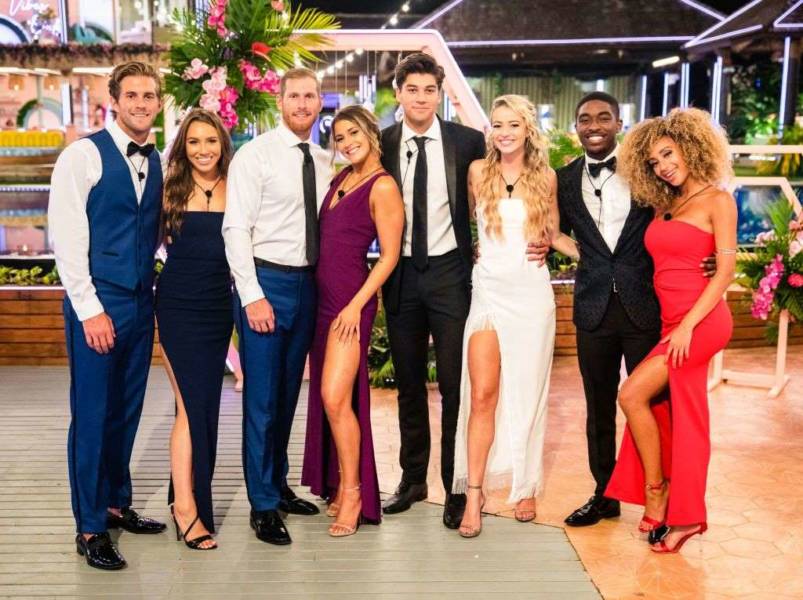 We all love watching reality shows based on the pairing of couples, isn’t it? Therefore, there are indeed many people who have watched the popular summer series Love Island USA. It is one of the most sizzling summer series based on international smash hits and cultural phenomenon. Just as we thought we would probably spend a boring summer vacation, the series came along and won our hearts within a few days of screening.

So if you are an ardent fan of the show, you must be knowing that with the end of Love Island USA Season 3 just a few days back, we finally have a winner from the group of singles that came to the island searching for romance and riches.

At the same time, many of the contestants are still single. So would you like to know where your favorite Love Island USA couples are right now? Are they single, or are they still together? Let’s take a look!

Let Us Explore The Relationships Of The Celebrity Couples

So as you can understand that with the conclusion of the popular reality show Love Island USA, people might be eager to know where their favorite couples stand right now. In fact, all of them had become pretty close to hearts in the past few seasons. So naturally, you are curious to know about them. Today, we will provide you with a tour of all such interesting gossips surrounding the Love Island USA cast. Let us now take a quick glance at the hot and happening lives of some of the top couples:

Well, they are indeed one of the most favorite couples of the fans of Love Island USA. In fact, a lot of people were thrilled to see them as the winning couple. So if you are curious to know if the hot couple is still together or not, let us talk about it.

Yes, both Olivia Kaiser and Korey Gandy have been dating each other till now. They are, in fact, head over heels in love with each other. If you are a regular Instagrammer, you would often see their lovey-dovey pics. Moreover, a few days back, a leading news channel also posted a pic of them kissing each other. Furthermore, the winning couple also thanked all of their fans who stayed with them till the end. In fact, their crazy journey was full of thrill and excitement, which they now recall.

Meanwhile, the winning pair have returned to their hometowns, but they continue to exchange flirtatious messages on Instagram. At times, Korey also refers to his beloved Olivia as “wifey” in his posts.

What About Kyra Lizama & Will Moncada?

This couple is one of the most popular ones in Love Island USA, after Olivia and Korey. Well, according to their recent updates, the hot couple is still very much together. Be it Love Island USA, Season 2 or 3; we have always loved them together, isn’t it? So when Will shared a post of him having dinner with Kyra, his fans went crazy about it.

At the same time, they are also often hanging out on the beaches of Waikiki together. In fact, the fan-favorite couple is again winning our hearts with their sweet gestures. Recently we saw a post where Kyra is calling her beau her “favorite view.”

Furthermore, a few days ago, Will posted in an Instagram Q& A in his story, saying they are very much in love with each other. We sincerely hope that they soon get officially engaged.

These names have become so popular because of the famous reality show Love Island USA that there are very few people who are not familiar with them. As you know, both Alana and Charlie made great memories as couples in the show. In fact, following the finale, the pair were also seen hanging out together often.

However, quite recently, Alana revealed in front of her fans via social media that the lovely couple and no longer together. Many of their fans were extremely heartbroken to hear about it. As per sources, she said they were facing some communication issues, which often caused rifts.

Another of the hot couples who no longer wish to remain together is Bailey and Jeremy. In fact, after returning from the show, they have officially announced that they don’t plan to date each other anymore.

Moreover, Bailey also confirmed that they are no longer trying to keep up their relation in their real-life as well. According to her, Jeremy seemed “very distant,” and she could feel that his feelings had changed. Later on, he also confessed that he had feelings for someone else.

Undeniably Bailey was very hurt due to this; however, she coped with it soon enough. Later on, she said that she had also felt relieved by Jeremy’s honest confession instead of hiding it away from her and double-dating her.

As you know, both Aimee and Wes were eliminated a long time back from the show. However, the couple is still very much dating each other. In fact, they have also launched a YouTube channel jointly. At the same time, they often post snaps from their summer travel on their Instagram account.

Not only is the pair still head over heels in love with each other even after their departure, but they have also met each other’s family. As per Aimee’s Insta story, she went out with Wes’s parents, and they had a great time.

Well, when it comes to the famous couple Shannon and Josh, the fans would be eager to know if they are still together. We would be happy to inform you that your favorite couple is still very much together. In fact, Shannon also moved to Josh’s house to live with his family.

If you follow their official pages on social media platforms, you would often see them posting some of their date night videos. The couple seems to be head over heels in love with each other in their cute posts. Needless to say, they look pretty hot with each other. Therefore, the fans, too, want them to recognize their relationship as soon as possible officially.

Popularly known as Cash and Cinco, the hot couple had won the hearts of many of their fans due to their splendid performances in various challenges. However, they were eliminated later on. Since then, they have been spending time together at their homes as per social media posts.

Even though presently they are in a long-distance relationship with each other, they have strong bonding. Moreover, their social media posts suggest that they are spending some blissful moments together.

Yes, the rumors are true. The power couple is no longer dating each other. After Trina’s elimination from Love Island USA, she posted about taking a short vacation. However, she’s very choosy about men. Even though they are not together with each other, both Trina and Andre are on good terms.

Even though the show ended a long time ago, many people are still searching for options to rewatch this popular show. So if you are planning to watch your favorite couples like Aimee, Wes, and others again, you can just search for “where to watch Love Island USA,” and you would get a host of options.

So are you still trying to rewatch the popular show? Well, then you must be searching “when is the Love Island USA on tonight?”. Therefore, we have provided you with a list of all the hot and happening details about the love life of the top couples right here. You can read through all the details and update yourself about the gossips.

Also Read: 90 Day Fiancé Couples Season 2: Where Are They Now? 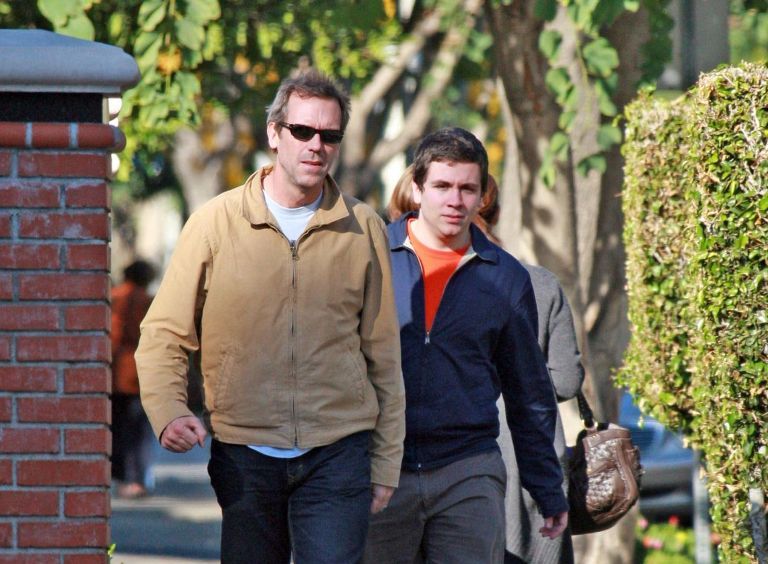 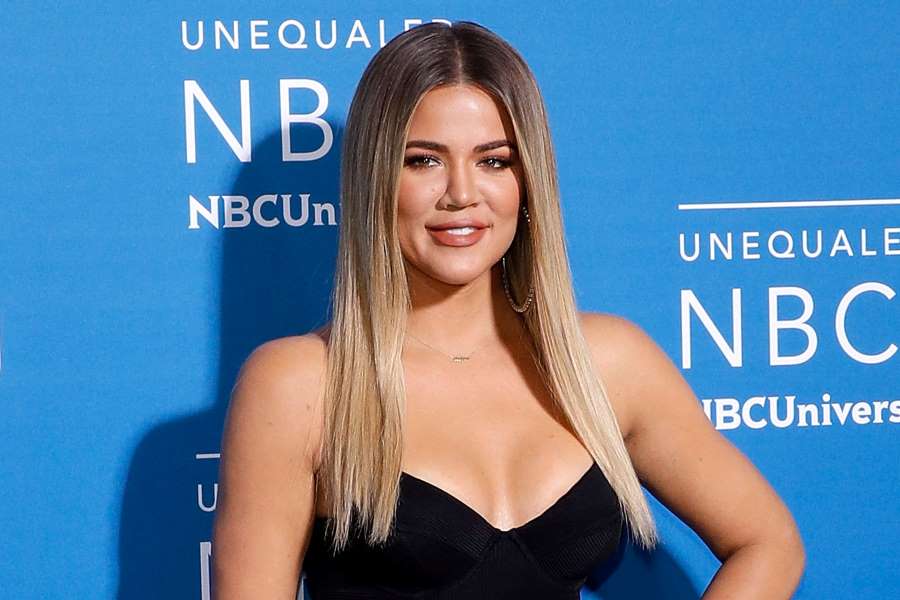 How Much Is Khloe Kardashian Worth?