Whenever there is a debate on global economy or global business scenario, the two things come foremost in mind. They are latest trends and technologies and startups and small businesses. Well, in any country, revenue of small businesses also contribute to the growth of its nation. Small businesses are one of the major reasons why a nation grows in the attribute of providing self-help to its own nation. This is because small business mean that a country is brewing its own products and services and it is not relying on any other country for it.

With the advent and adoption of new technologies, small businesses find many opportunities that can help them to reach their maximum potential. With the rise of blockchain, small businesses are realizing its importance and exploring the ways how it could help their business too. The usage of blockchain for small business is not yet full-fledged but the possibilities are being explored. This is because the environment of blockchain is still not yet completely understood by everyone.

Funds or requirement of investment

One of the major challenges faced by small business or any business at the initial starting stage is getting access to funds for their operations to take place. The necessity to get investments for a small business is too high as they cannot fund themselves and the process or getting funds is tiresome.

With blockchain, the challenge is eliminated and the process of getting funds is not a burden anymore. This is because blockchain is a platform that allows transfers of various cryptocurrency without any involvement of extra fee payment. It allows the small business to have the ability to raise funds and acquire investments effectively and efficiently. Through cryptocurrency, the small business can accept any fund or investment from any investor worldwide without any delay or obstruction.

Faster the small business acquires funds or investment; greater will be value addition to their process as they stay ahead of their competition. Blockchain allows the small enterprise to connect with people at different locations and time zones without any hassle. This increases the chances of expanding or marketing their company too.

Traditionally when a process takes place, there is a central authority monitoring. This would delay the operation as there is a wait time to get permission or authorize a particular operation or transaction. Blockchain technology automates the process by integrating all operations at one place. All agreements, contracts made are stored together in the form of chunks, thus reducing the cluster of data or information. In the terms of blockchain it is called as smart contract. Smart contract is a digital contract that stores the agreements and contracts made in an electronic form with encryption. Thus, the data is secure and also is grouped together.

This allows the parties involved to track any operation and make better, smarter decisions. It eliminates the discrepancy that may arise due to paper documentation and storage that was initially followed in the traditional methods. Smart contracts also provide transparency between all the parties involved in the particular operation. This in turn does not allow any malpractice to happen. This would highly help the small business with their supply chain and insurance transactions.

This provides the small business a competitive advantage even against big giant competitors. The excitement of working in something that is of the current trend, makes the small business work with full efficiency and also motivate them to achieve their full potential. This also creates an excitement among investors or shareholder, that they are being a part of what is revolutionizing the world today.

Blockchain technology reduces the amount of time spent on managing, controlling or administrating a particular operation or transaction. It also extensively reduces the cost in development or deployment or any operation in payments. This is because there is no third-party service involved and also the time taken to complete a particular transaction is faster. Achieving consensus with all the parties involved is faster and easier too.

A myth almost always crops up when people either fail to understand something or misinterpret it completely. So, what are the myths about blockchain technology disrupting small businesses?

It is wrongly perceived that blockchain is one big computer that works on a decentralized platform. In truth, blockchain is a platform operated by a group of computers where transactions are stored and recorded as long list of encrypted data.

One of the major myths about blockchain, according to Forbes, is that, small and big enterprises assume that blockchain is used only by criminals and in black markets. That is not true. Blockchain is a digital ledger and stores every single data and information in a highly encrypted format. Thus, no data can be deleted or changed. Also, since it operates in a decentralized platform without any central authority, if any change has to be made, the whole system has to be shut down and make changes. This makes any criminal activity almost impossible to take place.

Blockchain is falsely believed to obstruct the functioning of many professions that operation in traditional methods. That is not the case; the truth is that blockchain only updates the system of operation of a business, especially if it is willing to move towards a digital world. It supports the current system to operate with much better efficiency and does not focus on shutting down any business sector.

Signing off: Bridging the future of small business with blockchain technology

It is true that similar to all technologies, blockchain technology has its own challenges too. Next time, if anyone tells you a fact or myth about blockchain, make your own research and think twice before believing anything blindly. 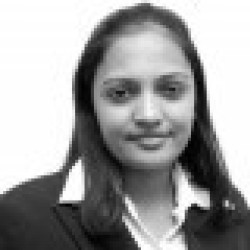 Sonal is a Content Lead at SoluLab, USA based leading blockchain, mobile apps and software development agency, started by Ex vice president of Goldman Sachs, USA and Ex iOS lead engineer of Citrix. SoluLab help build startups - we are a no-sweat technical partner for early stage entrepreneurs to launch ideas from scratch and for later stage startups to build more quickly and affordably.
view all posts

How to Rent an Inexpensive Dedicated Server?

3 Benefits Of Using A Predictive Dialer For Moving Companies

Here Is How You Can Make Your Twitch Overlay More Useful

10 Reasons You Need A Digital Marketing Strategy In 2019

Servo Stabilizer – The Best Energy Saving Device in the Market.

How to Import PST Calendar to Gmail: Tips & Tricks