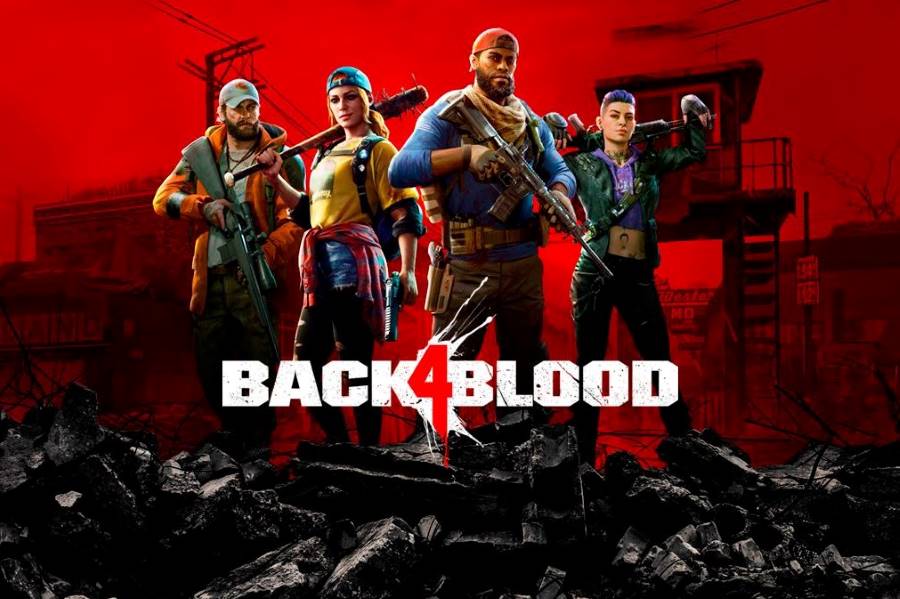 If you enjoy the game with zombies, action, adventure, and more then Back 4 Blood is the game for you. Back 4 Blood is an excellent post-apocalyptic game survival horror game made by Turtle Rock Studios. The publishers are Warner Bros. Interactive Entertainment. The Back 4 Blood release date is October 12, 2021, for PlayStation 4, Windows, PlayStation 5, Xbox One, and Xbox Series X/S. It is considered a spiritual successor to the Left 4 Dead series. The game carries important pillars like environment, placement of enemies, items, and more. Here you can find all the details of the Back 4 Blood game and its review.

What Is Back 4 Blood?

A parasite called the Devil worm which has its origins in space infects humanity. It turns them into dangerous monsters known in the game as the Ridden. One year after the outbreak small pockets of survivors of the parasite try to live in the post-apocalyptic world. There are a group of veterans called the cleaners who try to defend the human settlement known as Fort hope located in Finleyville, Pennsylvania, US.

In the primary modes of the game, the players can control one of the eight cleaners. The first character is the defacto leader of the cleaners, an Army Ranger veteran named Walker. Then comes the eldest cleaner Chris nicknamed the Mom because of her maternal attitude. Holly is a brash fighter, Hoffman is a socially awkward survivalist and conspiracy theorist, Sue is nicknamed as the doc as she is a medic and a scientist, Jim an experienced hunter, and Karlee a cynic and a lone wolf.

Each of the characters in Back 4 Blood has different characteristics and quirks. It can help them in certain situations in the game. For instance, Doc can restore extra health while healing herself and her teammates and Karlee can identify mutants nearby. During the game, the characters will banter and talk with each other revealing their backstories and their personality. These are some of the aspects of the Back 4 Blood that made it a hit.

The game begins with the Walker, Evangelo, and Holly coming to a settlement in Evansburg to trade supplies. But a horde of Ridden swarm to attack them. The team tries to retreat to Fort Hope and their commander General Phillips asks them to demolish the Washington Crossing Bridge to prevent the Ridden advance.

Then at Fort Hope, the team finds Ridden attacking their stronghold. The creatures overrun the towns outside the walls. Then with the assistance of Hoffman, Karlee, Doc, and Jim they defend the fort and the people. Further, the cleaners are sent to a mine where the Ridden hordes are trying to enter. The cleaners seal the mine and raid a police station to secure more armaments.

Philip dispatches the Cleaners on a mission to extract Doctor Rogers. He is a scientist who has invented a chemical weapon known as T-5. It is effective against the Riddens. The team successfully extracts Doctor Rogers and travels to an old research and quarantine center to collect materials to make T-5. In the area, they find a large grave which is now a breeding ground for the Ridden and their new mutant variants.

After getting the T-5 compounds the cleaners fly back to their settlement in a helicopter. But they see Fort Hope attacked by a large Ridden swarm. These are the new types of Ridden creatures known as the “the Abomination”. The cleaners try to weaken the Abomination with a T-5 payload. But their helicopter crashes and Rogers die. When on the ground the cleaners neutralize the hordes. After saving Fort Hope the cleaners become more than ever determined to destroy the Abomination and the Ridden.

What Is The Reception Of Back 4 Blood?

If Back 4 Blood got released as a movie it will be more of an action movie than horror. This is because there are more moments in the game where the Cleaners fight with the hordes. If you open the wrong door you will get attacked by a Ridden or if you scare the birds you will get attacked by Ridden hordes. These are some of the movements in the game that makes it confusing. There is chaos all the time. Many special Ridden will also come to haunt you in the game for the simplest of reasons. There is no moment to breathe.

The inability to plan and not react is the negative aspect of the game. If you opt for a full squad you will get AI bots who are not much help. If the comrades are down the bots will find it hard to lift them. Then because of their delay, they will get smacked down. It can be infuriating at times.

It is also troubling when you want to play solo. There is a solo campaign menu option in the game. But the bots are bad so it is hard to play levels with them. But the game recaptures the tempo of 2009. You can shoot zombies with your friends and it is exciting. The game also has looting, deck building, and more missions.

The game does not start with average survivors trying to save themselves from the zombie outbreak. It has mercenaries who are ready to risk anything to kill the Ridden and save their fortress. So everything is over the top. It is like skipping some of the seasons in Walking Dead and watching the end parts.

The eight tough cleaners featured in the game are also amazing. Instead of looking splashy, the characters look fit for surviving mutants. Their skills sets are interesting too.

In between the runs the players can build 15-card decks. This will enable them to get minor health bonuses to great gameplay changes. The started cards can be a bit boring but after playing for some time the transformative skills will be awesome. The players will be able to carry more medkits and heal their teammates better. This card will pair greatly with Doc.

Another useful card is the Buckshot Bruiser which offers temporary HP for each shotgun pellet that attacks the enemy. This is an advantage when you are shopping for special zombies. You can explore the cards and know how best to use them.

The card system will not be that great without the awesome gunplay. It is smooth. There are fast and flourished reloads that help in a fight with the hordes.

There are modern touches such as optional hitmarkers, a contextual ping system, and distinct sound cues for performing the headshots. It is useful to get this information when you are aiming for the head.

Further, the arsenal in the game is diverse than the former Back 4 Blood. There are additional attachments that look similar to the Apex Legends and PUBG. You can find lots of weapons like pistols, SMGs, assault rifles, LMGs, and more. You can switch between several weapons.

There is also a store between each mission to buy more weapons. The attachments are interesting too. It is useful if there are any weaknesses in the guns. You have to know what to buy and when in the game. This is a good strategy that will help you in the game.

Back 4 Blood is a popular game that received mixed reviews for its gameplay and characters. But many are enjoying the game. 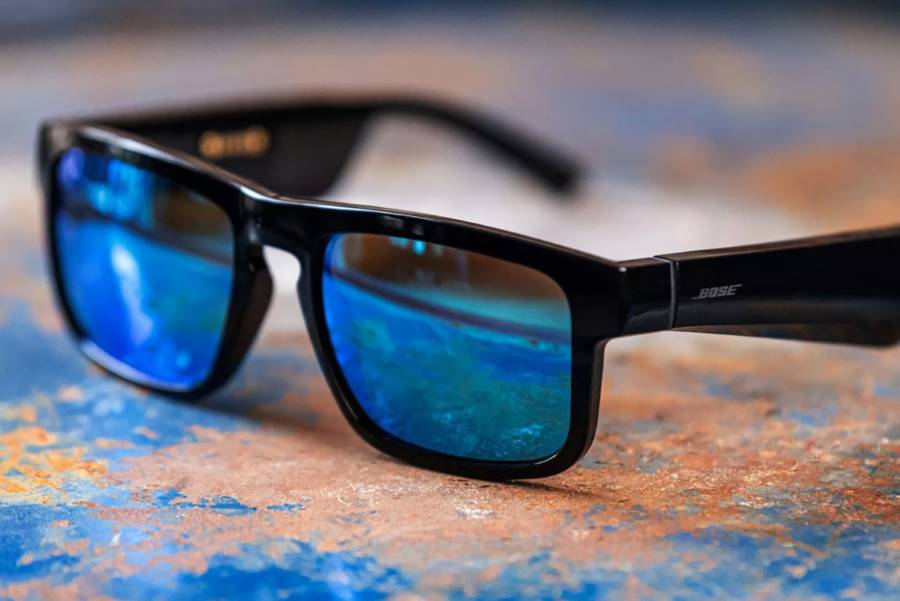 Everything You Need To Know About Buying Audio Sunglasses
Next Article 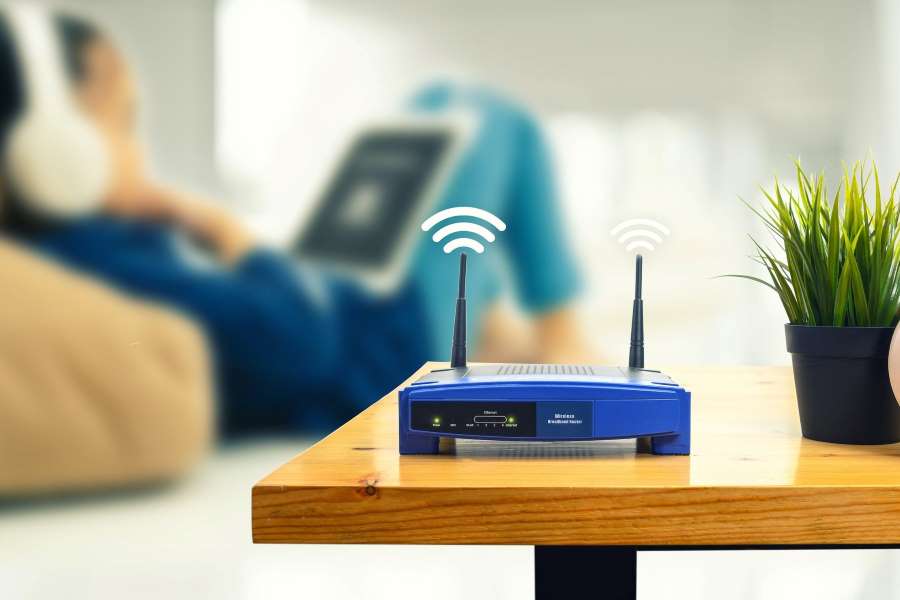 How To Set Static IP Address On Your Router For The Home Network?