by Admin
in Gaming
0

As many have come to realize, nowhere is the phrase “there’s an app for that” more appropriate than in the gaming category. We’ve seen mobile games concerning just about every imaginable genre or concept, to the point that this category has really become a medium and an industry unto itself. Indeed, mobile games are projected to bring in about $106.4 billion in revenue by 2021. This is thanks to everything from global phenomena like Fortnite to artistic indie darlings like Monument Valley. But increasingly, we’ve seen major franchises and known characters driving the mobile gaming business.

From games based on Pokémon and the Simpsons to character-packed Marvel and DC Comics games to properties involving Harry Potter and Super Mario, big-name characters have taken the mobile gaming medium by storm. And this begs the question of which such character might be up next.

Really, we have no way of knowing! But we had some fun coming up with some interesting possibilities… 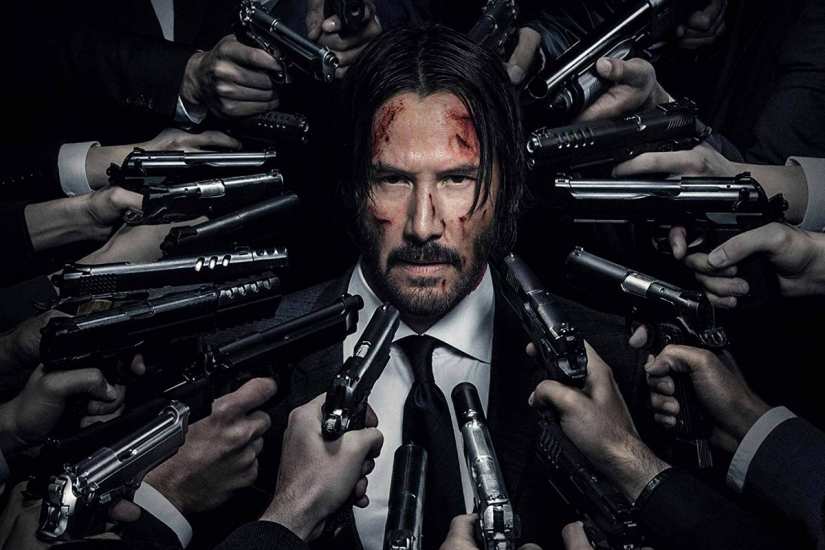 Anyone who’s watched the John Wick films knows they’re action-packed thrill rides of the highest order. And this basically makes the character a perfect fit for the gaming world. A mobile game revolving around the popular hitman could definitely make for a fun side-scrolling shoot ‘em up, or even, in the spirit of a PC/Mac game already in development, a strategy-based adventure.

Furthermore, the unique aesthetic of the film franchise – full of dark paths, neon lighting, and a vague sense of the future – could be rendered beautifully by a capable developer.

This gothic duo is really one character in two parts, more or less, but together they could anchor a fascinating gothic or even horror gaming experience on mobile devices. The characters are actually surprisingly absent from the gaming world despite having been around for over a century, appearing prominently only in a fairly popular online game.

Part of a network of free-to-play slots, that game can, in theory, be accessed on mobile devices – but as engaging as it is, it’s built more for the crowd. What we’re thinking about here is more of a narrative adventure, pulling mobile gamers into the foundational gothic setting of the original story and providing a haunting experience to rival any atmospheric horror, escape, or mystery game out there.

The early-’00s Disney hit Treasure Planet tells the story of a young Jim Hawkins, who resolves to find the fabled “Treasure Planet” after receiving a map from a dying pirate. Based on the novel “Treasure Island,”, this Disney twist takes the action to outer space, setting the stage for a swashbuckling adventure mobile game set against the backdrop of the stars.

This might seem like a somewhat random idea in 2019, but for the fact that Disney recently announced it would be adding Treasure Planet to its expanding list of live-action remake projects. The title may not have as much clout as, say, Aladdin or Mulan – but it should be a very fun adventure in live-action, which could bring a lot of attention to an accompanying mobile game.

During the 2019 San Diego Comic-Con, Marvel announced that it would begin filming a movie based on kung-fu master/superhero Shang-Chi. Now, for the most part, Marvel’s mobile games have focused on collections of characters rather than individuals (see: Future Fight and Contest Of Champions). However, because Shang-Chi is a relative unknown to non-comic book readers, a well-advertised mobile game could actually be a strong strategic play for Marvel.

The character’s martial arts-based abilities would make for a perfect, action-packed beat-em-up game, and could drive up interest before the film’s release. Then again, given that Marvel Studios has yet to produce a single flop, the film is likely to rake in a billion dollars or more, and could in turn drive viewers to discover the game as well. Basically, it’s a win-win, and therefore a no-brainer.

The show Russian Doll follows a woman named Nadia, who dies repeatedly and always “respawns” at the same moment at a party. Though it sounds like a clichéd video game trope, it’s actually the foundation of one of the more acclaimed Netflix originals to date – one that some say could be the streaming service’s best show, in fact.

That establishes an existing fan base for a gaming adaptation, and a mobile experience could wind up being a ton of fun. Basically, the idea would be to have the player act as Nadia herself, racing against time to find as many clues as possible to advance the narrative before respawning.

Daily Tarot Reading App: Is This A Good Day For Your Zodiac Sign?

Daily Tarot Reading App: Is This A Good Day For Your Zodiac Sign?

4 Ways To Keep Your Mail Safe